The legend of the Drum

The legend of the Drum 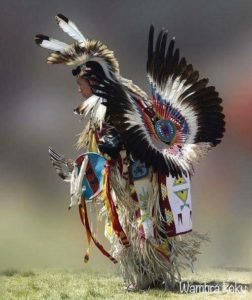 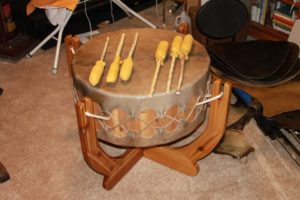 THE STORY OF THE DRUM

It is said that when Creator was giving a place for all the spirits to dwell who would be taking part in the inhabitance of Mother Earth, there came a sound, a loud BOOM, from off in the distance.

As Creator listened, the sound kept coming closer and closer until it finally it was right in front of Creator.

“Who are you?” asked Creator.

“I am the spirit of the drum” was the reply.

“I have come here to ask you to allow me to take part in this wonderful thing.”

“How will you take part?” Creator questioned.

” I would like to accompany the singing of the people. When they sing from their hearts, I will to sing as though I was the heartbeat of Mother Earth. In that way, all creation will sing in harmony. ”

Creator granted the request, and from then on, the drum accompanied the people’s voices.

Throughout all of the indigenous peoples of the world, the drum is the center of all songs.

It is the catalyst for the spirit of the songs to rise up to the Creator so that the prayers in those songs reach where they were meant to go.

At all times, the sound of the drum brings completeness, awe, excitement, solemnity, strength, courage, and the fulfillment to the songs. It is Mother’s heartbeat giving her approval to those living upon her.

It draws the eagle to it, who carries the message to Creator.

About the Author: peter