Home/Uncategorized/Shadows and Trumpism
Previous Next

Western Shamans who work with shadows, know how to transmute them into Allies .
A shadow is that part of our personality which we don’t like.The part that we negate, that we refuse to believe it even exists.
Donald Trump personifies America’s collective shadow .
It may be useful to reveal some of the shamanic methods used in dealing with and changing shadows into allies.
The first step is to bring the Shadow to the surface, where it can be observed.
So Kudos to Americans who voted for Trump and brought this Shadow to the surface. Good Job you guys! I thank each one of you.
The next step is to identify how we feel when we look at this shadow, and I don’t know about you, but this is what i feel when I look at it:
The first feeling is one of “wanting to vomit”.
Additionally, it is is ugly, murky, it has a foul odor and it is continuously grimacing.
It has the following qualities:
It is self inflating, narcissistic, greedy, hypocritical, misogamist, racist and hateful. It is boastful, loves to be the biggest bully in the school yard and on the planet. It prefers quantity over quality. It prefers lies rather than truth. It loves total personal loyalty. It feels anointed. It loves to pillage and plunder our own land and land of others. It is imperialistic in its approach and it feels continuously blessed by God. It is righteous and It has no faults.
This is a humongous shadow my friends, the biggest I have ever seen!!!
The next step is to ask the shadow What it needs .
So at this point, one steps into the shadow, feels what it needs and nourishes it with counter balancing qualities.
So, if the shadow is angry, you feed it calmness .
If it is boastful, you feed it with humility.
If it is narcissistic, you feed it selflessness and so on.
And guess what happens to the shadow ?
It starts to change, because the shadow becomes what you feed it.
The parallels between personal shadows and what is going on in America today becomes interesting, revelatory and merits introspection.
So let me ask my fellow Americans, both republican, democrats, independents and the ones who simply are fed up with these shenanigans and no longer participate in our collective politics, a few questions:
When was the last time we listened to each other, fed each other and nourished each other’s lives regardless of sex, color, gender, creed or political affiliation?
When was the last time we stopped fighting each other and treated each one with respect and compassion towards one another?
When was the last time we looked at our commonalities rather than our differences?

Trump will eventually go away, but our collective shadow will persist because that shadow is in each one of us and it is buried down deep.
Unless we bring it to the surface. Unless we accept it without judgement. Unless we replace confrontation with cooperation, division with unity, hate with love, non acceptance with embrace, we, my friends, are doomed as a country. And so is the World, because there are shadows buried deep down everywhere regardless of nationality.
So there is work to do, let us get off the high pulpit and stop preaching how righteous we are. By the way, this includes me as well.
Let us start feeding each other with what nourishes our soul.
I think deep down, we know what that food looks and feels like. 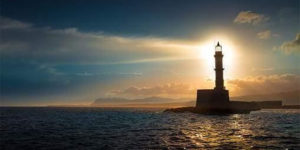 About the Author: peter